The Nightingale Nightmare was scarily spectacular! “Enter if you dare” warned the blood-covered sign at the gates, as we piled out of the car up to the haunted school’s front doors and into the twilight zone, guarded by the Grim reaper. Kudos to Southville Running Club, they held nothing back in their eery transformation which shifted runners into an alternate reality. 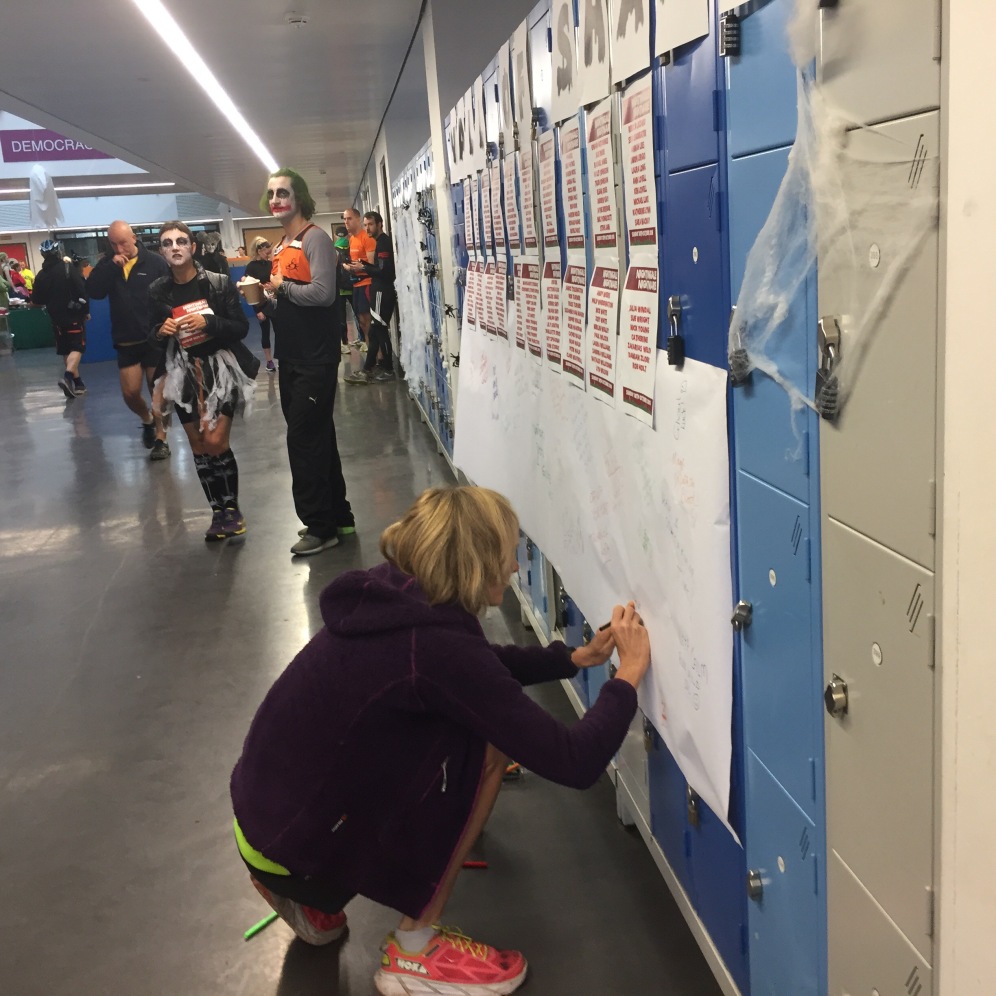 I’ve never raced in fancy dress before. I imagined my cape elegantly flowing behind me as my focused race face added to the vampire effect, picturing the sweat mingling with the blood to drip down my face in a scary manner. Zombies, skeletons, werewolves and mummies all gathered in pre-race anticipation. The briefing warned us about the worrisome ghouls that would haunt our passage on this 10k off-road slightly hilly run through the woodlands in Bristol.

Recovering from being a little under the weather, within a few hundred metres of starting the race, I realised with a shiver that I was sicker than I’d thought. Hitting the hill at the start of the race, the small amount of energy I had in my legs quickly vanished, and I knew I was going to struggle. My optimistic start slowed to a mere jog, and my head began to spin.

“You’re very aerodynamic”, a slightly miffed looking fellow vampire commented as she skipped past me. It took my foggy brain a few minutes to work out what she’d said. But then it hit me: my cape was streaming horizontally, slapping into the faces of those behind me and probably hindering anyone who tried to overtake me. If I’d have felt well, I’d have been greatly pleased at this advantage. But since I was slowing and feared the many knife wielding madmen overtaking me, I grabbed onto my cape and held it for most of the rest of the race – letting it go when I saw a photographer or there was no one behind me, as it was particularly excellent on the downhill stretches – I felt like I was flying!

I stumbled across the line with a time ten minutes slower than my PB, snotty and coughing, but having had one of the funnest runs I’ve ever taken part in. Cheered on by werewolves, zombie brides and skeletons is quite the experience.

Why is it that sensible, law-abiding citizens break all the rules on Halloween to dress as bloody, scary monsters? At any other time of the year, wearing masks like those from the movie Scream or running through the woods covered in blood with an arrow through your head would not only be considered highly inappropriate or troubling, it would likely land you in a cell at the local police station or a check up from a mental health professional. But at Halloween, the normal social rules are flipped upside down, as kids and adults everywhere embrace the scary. It’s a chance to let off the restraint of living within the boundaries of society, to express what is normally dangerous to do so, to eat a little more candy than usually advised, and to wear a mask of an alter ego.

The truth is, though, people are hiding in plain sight throughout the year;  only at Halloween those masks are a little more obvious. Think about it: we’re all pretending to be someone we’re not. We’re taught to fake it at work, wearing a mask of professionalism and editing out the swearwords running through your brain, the things you’d like to say to that colleague that bugs you, but you bite your lip, for the mask of who you present yourself to be when you are at work. We have all these rules of how a teacher should behave, how a mother should behave, how a friend or relative should, should, should, and we pick up a different mask to present who we think we should be. Does anyone really know who we really are? What’s behind the mask? And that’s what’s scary. Because if you really knew me, if I took off the mask, would you stay? Would you still want to know me, or would you run away and hide as if I was a creepy clown in a forest? Erving Goffman, a notable sociologist, describes in his book, “The Presentation of Self in Everyday Life”, how humans organise social interactions as though in a theatrical performance; we are constantly presenting ourselves as society has conditioned us for how we wish we should be seen. 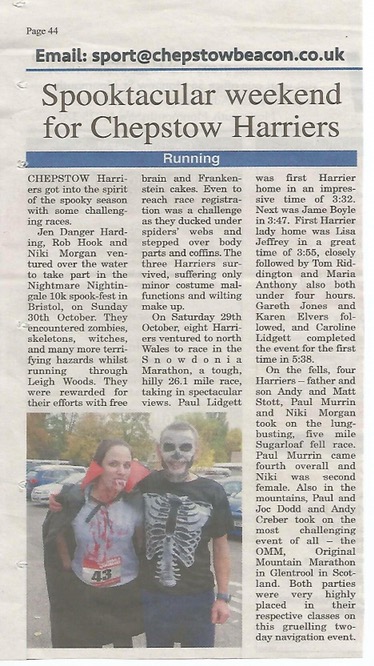 Victims of trafficking often have to wear a mask, too. Many are subjected to what is called the “breaking in” process, where once someone has been trafficked they are locked in a place as they are subjected physical and sexual violence, and made to watch graphic videos to learn how to be a prostitute. Their traffickers condition them in how to behave, and if they refuse, or don’t do it right, there are often beatings and repercussions until they conform:

“They took off my clothes and gave me only lingerie and high heels. The traffickers started systematically to “break” me, so I should work as a prostitute. Endless nights of raping, abuse, manipulation and violence were their tools to train me how I should smile and to fake that I wanted them to rape me. If I was not convincing enough, they beat me, put burning cigarettes on me to harm me as punishment for their discontent. They forced me to watch pornographic movies and expected me to remember what I had to do and how to act, so they could test me after each movie. If it was not good enough, I had to pay a price at all time.”

Understandably, it can take victims years to rehabilitate from the trauma of their experience, learning to remove the masks they were forced to wear and recover from extreme physical, psychological and sexual violence. I’m running 30 races for 30 years to raise money for A21, an organisation which assists victims of sex trafficking through their rehabilitation shelters, as well as proven preventative work, and so much more. Please support me and donate to this incredible charity, by clicking here.

PS. In case you’ve missed any, here’s a list of my races so far that make up my 30 races for 30 years challenge: