Seven hills, over seven miles, in atonement for the seven sins. Lust. Greed. Gluttony. Envy. Pride. Sloth. Wrath. The penance race, just a few days after Christmas, felt very appropriate after the luxurious excesses that many of us indulge in over the festive season.

The nominated sin for this year was lust, the sin of unbridled sexual desires. How appropriate, I thought; I was running this race as part of my challenge to combat sex trafficking. Whilst there are many willing sex workers, there are also many unwilling, exploited, vulnerable, or captive victims who have been trafficked into the sex industry, and are forced, manipulated, threatened or coerced to satisfy the lusts of clients, lining someone else’s pockets. 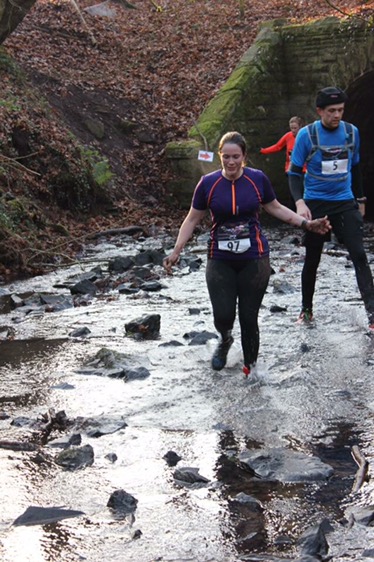 A fairly mild winter had tricked us into thinking it would be a relatively warm late December day. Most people were still in bed sleeping off the mince pies, or grudgingly making their way to work for their first morning back after Christmas. Yet hundreds of runners lined up to fight the seven sins on an otherwise quiet morning. We were warned about icy dangers en route, our breath steaming from our nostrils as though we were dragons.  I mused to fellow runners that the organisers were missing a trick, had they had mulled wine for sale, I would have bought it, pre and post race, no matter the cost! The siren sounded, and the frosted morning shocked our bodies into submission.

Off-road running is my cup of tea. But though I’m known for my reckless love of downhill running, anything with an incline and I fall apart. As I went uphill, my sins strangled, clawed, tugged me back down. I’d bust a gut on the downhill, trying to gain my advantage, only to be casually overtaken by a couple of senior citizens on the uphill, as I could barely crawl up, grasping onto bracken and branches as I went to try and stay upright, head spinning and legs wobbling. And then I’d overtake them again on the downhill, trying to put as much distance between us, only for them to casually stroll past me again on the next hill. It was disheartening. The pattern continued for the first four hills, until on one particularly  muddy downhill section my shoe decided to stay in the mud as my foot tried to keep running, resulting in a spectacular muddy fall and a twisted ankle. The sprightly older folks disappeared into the distance without a backward glance as my famous man scream echoed through the forest. A kind lady and her dog from the canicross runners helped me up and asked if she could get a marshall for me. No thanks – even if I have to hop the remaining three hills over three miles, I will be completing this race! Because it’s not about me, or my pain or discomfort, or even, dare I say it, getting a nice medal at the end. Running for freedom for these thirty races has given me a focus that I won’t ever give up – unless I am very literally and forcefully pulled from a course, I will keep going, because it’s not about me.

I’m running 30 races to celebrate my 30th, raising money for the incredible A21, who are trailblazers in fighting sex trafficking. Please support my challenge by donating. Every penny counts! 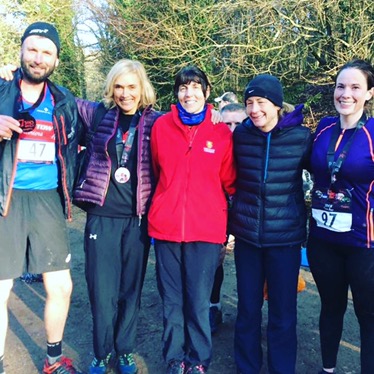 PS. In case you’ve missed any, here’s a list of my races so far that make up my 30 races for 30 years challenge: